Senior Andrew Stich has committed to continue his lacrosse career in college at Edgewood College in Madison Wisconsin.  In addition to playing lacrosse for the Eagles, Andrew plans to study Biology with a criminal justice minor.

"Stich" started playing lacrosse with the Raptors as a 5th grader and has played ever since.  He has also played on several club tournament teams for True Lacrosse in Illinois.   During his first two years on the Kenosha Raptors High School Team "Stich" earned Varsity Honorable Mention awards in the Classic 8 Conference in both his Freshman and Sophomore season.

"Stich" has always been a hard working player that is willing to work with the younger players in our club.  We look forward to watching him in his senior year and then wish him the best as he becomes an Edgewood Eagle.    Congratulation Andrew! 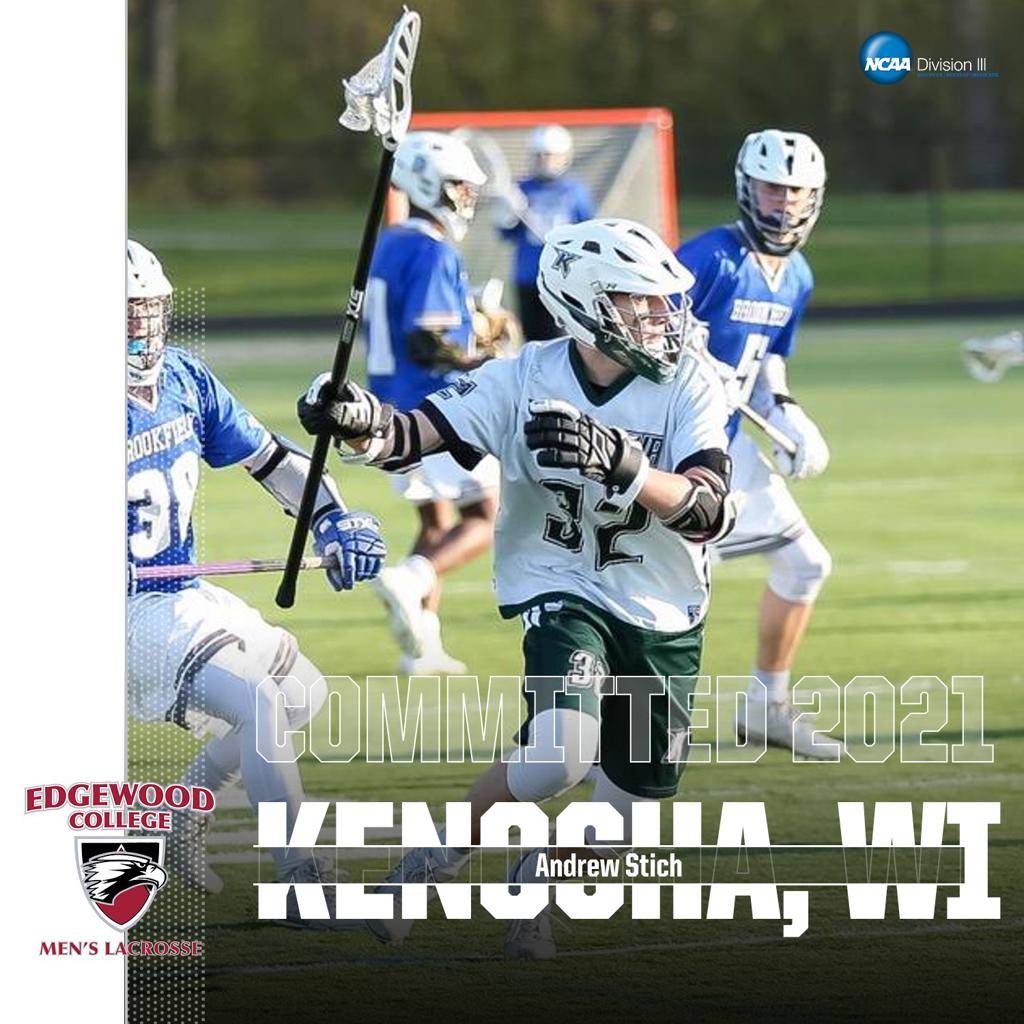